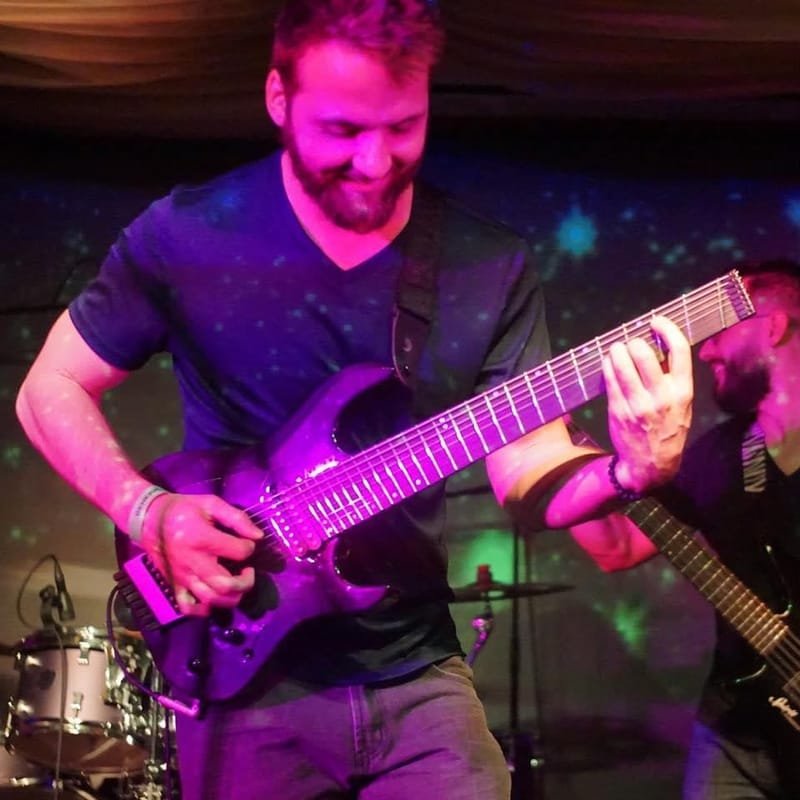 Born in the humble suburbs of Tampa, Florida, Kevin is an American rock/fusion/metal guitarist who earned his living as a full-time musician prior to the COVID19 pandemic.

Kevin began playing guitar at age 14. His story is a simple, yet, familiar one; being exposed to the flamenco guitar stylings of Andres Segovia via a friend, and then later, hearing Metallica’s “The Unforgiven” guitar solo on the radio had awakened an obsession. After convincing his parents with an all As & Bs report card, they relented, and bought him a beginner guitar pack. From there, he would come up with the most savage riffs he could muster with his Squier Affinity Strat and 10 watt Fender amp, gain cranked to 10.

But eventually, with the advent of the modern progressive metal sound came the Axe FX, which Kevin would be exposed to via his prog-metal friends. It would take years until his ‘dream rig’ would be a reality, but Kevin eventually found himself running a Fractal AX8 as his main sound, and sold all of his major amplifiers. Kevin is still on the hunt for gear regularly, but as of now, his current set up is as follows:

Check out all presets by Kevin Stewart