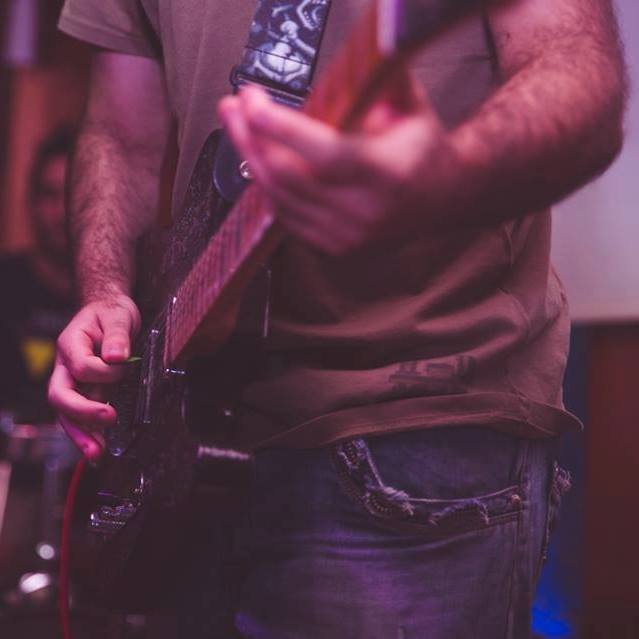 Angel Dan Agg was born in Athens, Greece and started playing guitar at the age of 18. Although his first participation with bands was only as a vocalist, his passion for guitar riffs and sound effects has quickly emerged. His first contact with a multi fx unit has happened at the same time as his first contact with ambient post rock music.

An Ibanez electric guitar, a DIY bow and the Boss ME 50 were more than enough to create unworldly sounds similar to those of a weeping whale. Soon after, he got himself a second multi fx, this one with unique sounds that was his main fx unit for many years, the Korg AX3000G. Mastering this unit has been of great importance for the years to come, adding to his creativity, imagination and songwriting.

Later on, he stumbled upon his preferred style of guitar, the Telecaster. Other guitars… occured as well, with a hybrid of Telecaster and Stratocaster having a distinct place among his collection. One important thing was missing though, the amp.

Starting with the speakers that will deliver that perfect sound, he decided that the Celestion Alnico Cream was what he was looking for and the search for the best matching amp became so much easier. Stumbling upon a vintage 1973 Fender Dual Showman Reverb (Twin Reverb in head version), he has created the best combination there is, or until the next one!

The infinite search for the perfect sound has begun and the effects and modelers have become a second nature to him, getting the absolutely best out of each one!

Check out all presets by A. Dan Agg